Worker’s wellbeing in the spotlight once more 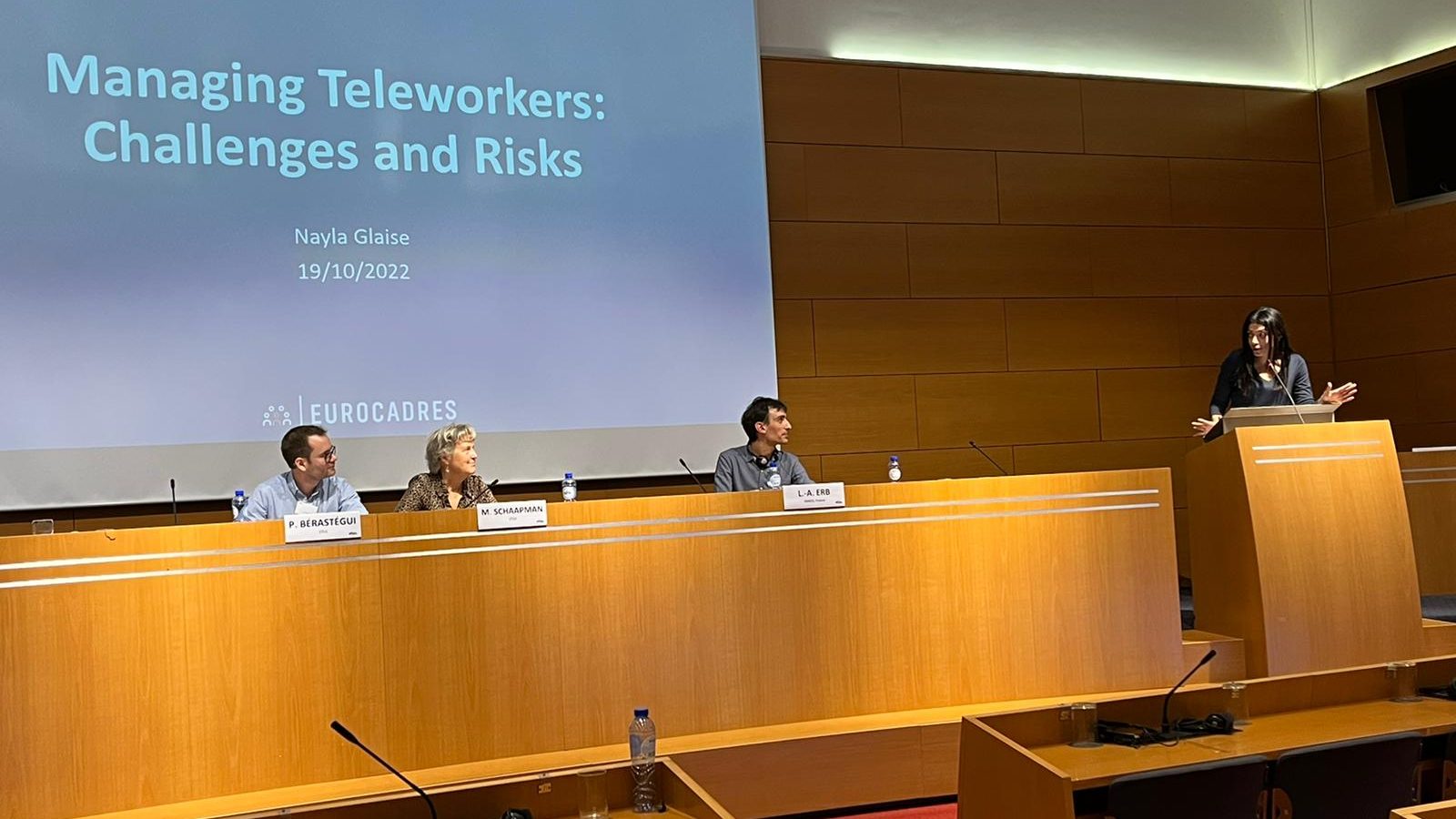 This month marked International Day of Decent Work, World Mental Health Day and the European Week for Safety and Health at Work, all of which offer an opportunity to discuss the current situation for worker’s mental health and assess how we are alleviating the strain on workers.

Figures released from EU-OSHA over the past few weeks have confirmed what many of us suspected, that the situation is trending in a negative direction, with more than four out of ten workers (44%) stating that their work stress has increased as a result of the pandemic, while 46% say they are exposed to severe time pressure or work overload.

Alongside figures from the European Stakeholder Survey, which are expected to be released in the coming weeks, all of these reports and days for decent work/world mental health have highlighted the need for legislation against work-related psychosocial risks in Europe.

It is widely known that worker’s mental health is not adequately protected through European legislation, with a patchwork of national laws leaving unequal protection for millions of workers throughout the single market. This problem is mirrored across various files, such as the working time directive and in the ongoing negotiations on a right to disconnect directive – where a text on the prevention of psychosocial risks that provides a foundation to help workers - is non-existent.

Our EndStress campaign has focused on the rising exposure to mental health risks in workplaces, and the need to use legislative best practices that exist in various Member States to provide minimum standards at a European level.

Growing consensus on the need for action

We have already seen the international push for action through the work of the ILO/WHO, along with the ACTU’s “Mind Your Head” campaign, all of which contributes to the central argument that inaction in workplaces in costing workers their health. This month has been no different, with Eurocadres participating in a number of events on the push to bridge the legislative gap.

On October 19th we spoke on the challenges facing remote workers at the ETUI’s OSH Conference - Psychosocial risks in (un)expected places: towards a broader understanding of the issue, highlighting the issue in managing psychosocial risks through telework. With a large percentage of workers now availing of telework on a weekly basis, managerial staff have been left without the training necessary to ensure both they are their colleagues are protected from exposure to psychosocial risks.

In addition, our campaign has presented to a number of interesting stakeholders in Rome during a workshop presenting the European Policy Stakeholder survey, which shows the failings of existing legislation in protecting workers. The event, organised by INAIL – the Italian Workers Compensation Authority, UCC – University College Cork and the European Academy of Occupational Health Psychology, will shortly lead to the presentation of the survey results, which help to emphasis that a large proportion of workers do not feel their health is protected at work.

Over the coming months this issue will continue to play a dominant role in the European agenda, with trade unions at the forefront of the push for better protection. This week Eurocadres also met with the Swedish Permanent Representation in Brussels to discuss their upcoming Presidency of the Council of the European Union, with their scheduled summit on occupational health and safety an opportunity to influence the Commission agenda from 2024 – 2029.

With a growing number of actors calling for legislation on work-related psychosocial risks, the longstanding trade union call will only continue to grow in stature.