After 8 years at the helm, Martin Jefflén’s presidency ends during our sixth congress

At the conclusion of his second term in office, Martin Jefflén departs Eurocadres for a new venture in trade unionism 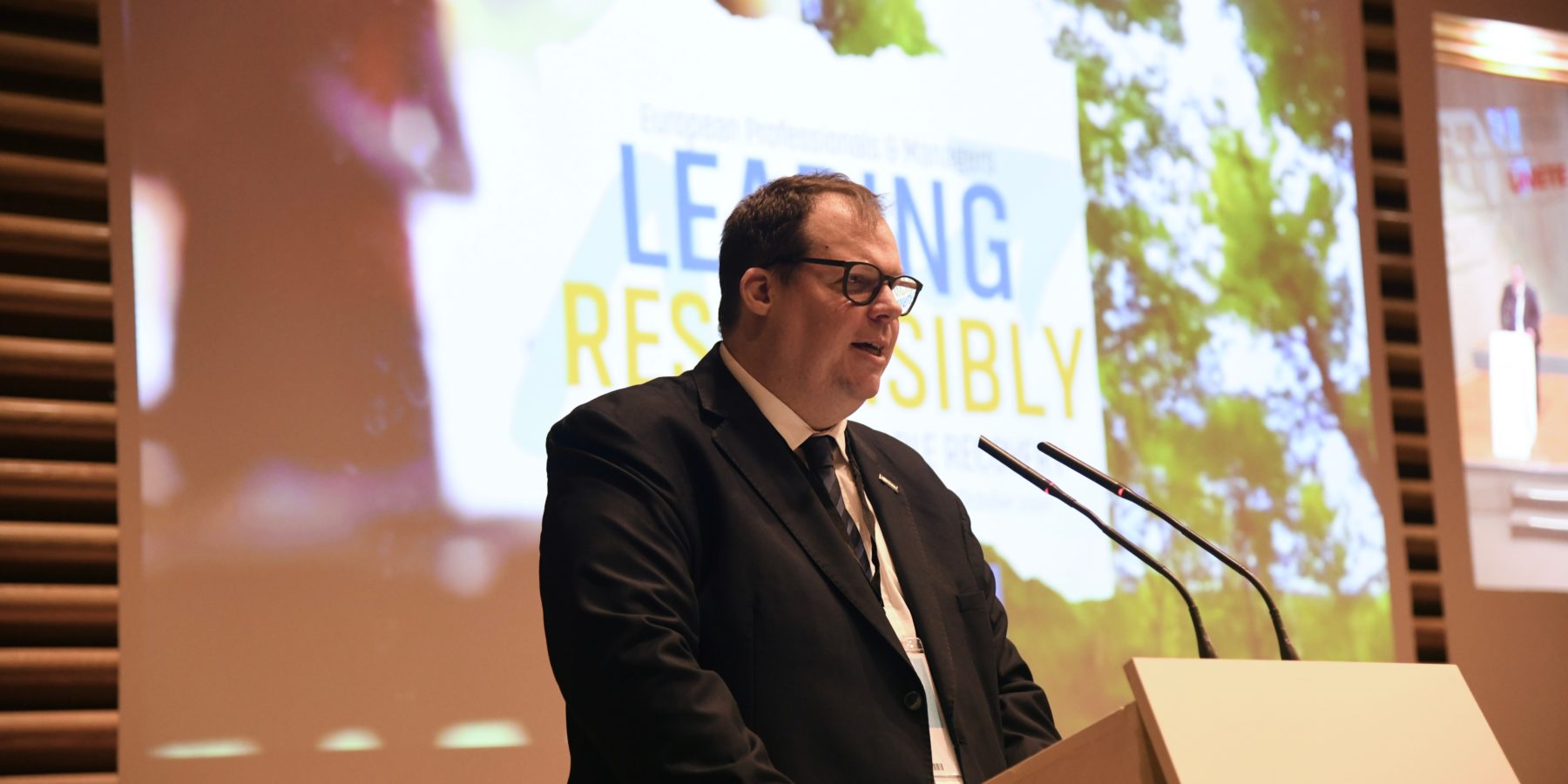 Following 8 years and two terms as Eurocadres President, Martin Jefflén is set to depart Brussels for a role in his native Sweden, continuing his trade union work at Sweden’s largest trade union Unionen, affiliate of TCO and organising white collar workers in the private sector. Martin began the role in 2013, taking over from Italian native Carlo Parietti and was replaced on 21 October by Nayla Glaise of France’s UGICT-CGT.

Martin leaves behind a terrific legacy at Eurocadres, leading the organisation through a global pandemic, two changes of Commission and Parliament, and delivering advancements for European workers in a variety of policy areas.

–"We campaigned for, and delivered, a landmark directive that will protect whistleblowers throughout the European Union… I am delighted my contribution will have a lasting impact for European workers".

Reflecting on the past two terms, Martin mentions some of the highlights of his time at Eurocadres: It’s hard to know where to begin, we have achieved a lot in the past eight years. The organisation is engaged with members, professionals and managers and regulators like never before. One highlight has to be the European directive on whistleblowing. We campaigned for, and delivered, a landmark directive that will protect whistleblowers throughout the European Union, which, ultimately, will lead to improved conditions and hold employers accountable for wrongdoings. When we started there was zero political will to legislate, and the Commission even meant that it could not be done, as there was no appropriate legal basis.

"Our campaign EndStress.EU to highlight the psychosocial risks facing professionals and managers will continue to bear fruit in the coming years. The Mental Health crisis must be tackled and European work places must become part of the solution rather than the problem.

Ultimately, I am delighted my contribution will have a lasting impact for European workers, and I am fully confident that Eurocadres will continue and strengthen this vital work under the leadership of Nayla Glaise. I will hopefully still be involved in Sweden, and hope to continue to be in touch with many colleagues".

Eurocadres would like to thank Martin for his wonderful service to European professionals and managers over the past eight years, and wish him well with his new challenge.