We have reason to be proud, says Eurocadres in reporting on activities

"The process with the trade secrets directive came to an end in the EU institutions. We have reason to be proud of the many improvements that we achieved to get mentioned in the directive. Eurocadres rallied other trade unions and was at the frontline of the trade union activities on the directive." says Martin Jefflén in the foreword to the Annual Report of 2016.

On 1st September the Annual General Assembly of Eurocadres will meet to, among other things, discuss the activities of the year. The Annual Report that is prepared to that meeting has just been published. Read it here. 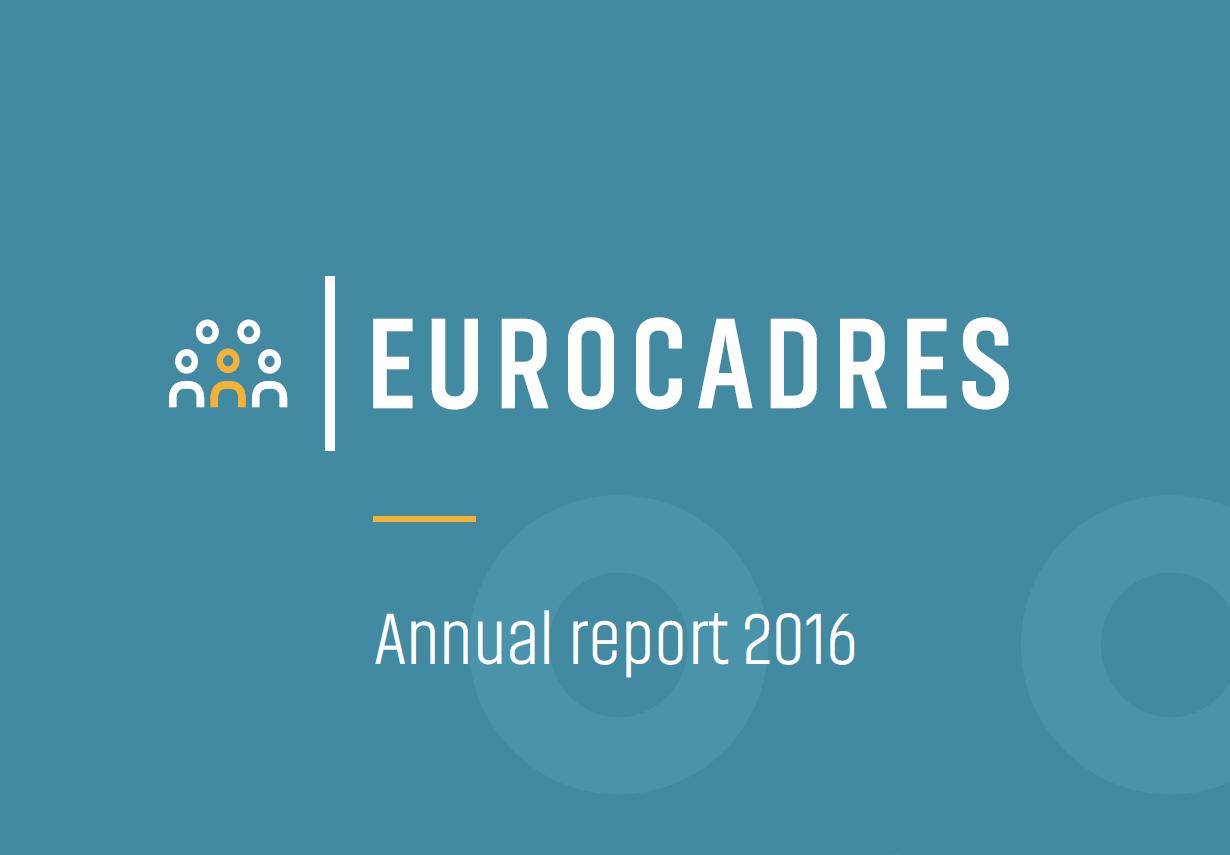 Although Eurocadres can be content with many of the improvements achieved in the Trade Secrets directive, there are parts of the directive that could have been improved even more.

The clauses in the trade secrets directive on whistleblowers is what caused Eurocadres to intensify its work on whistleblower protection. A work which has lead up to a trade union and NGO coalition now being formed to be launched publicly shortly.

"With an annual report concluded already in July it is an unusually short period to report. At the same time, there is no cause to be shy about the mainly good outcomes", President Martin Jefflén writes in the foreword.

In spite of the short reporting period much has been done. In the Congress 2013 a new strategy for organisation development was adopted, named Stronger Impact. This has now to a large extent been implemented.

"A large focus on improving our communication has become visible through the launch of our new website and visual identity. Also, the steps to enhance our advocacy work have continued.", Martin Jefflén continues.

Read the full report below.