Archaic repression from the Lukashenko regime cannot be tolerated. 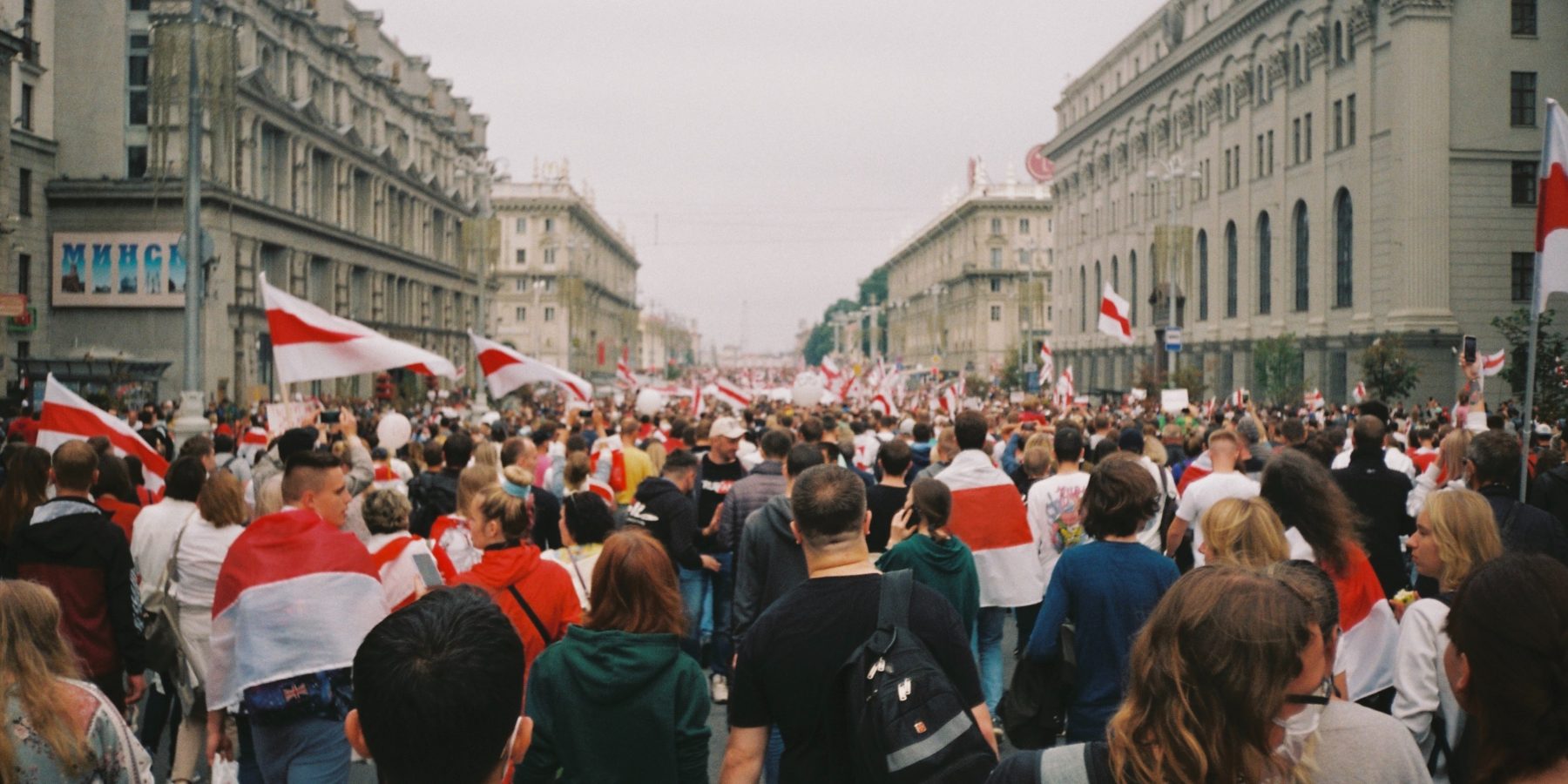 The detainment of fourteen trade unionists represents yet another attack on Belarusian citizens from the Lukashenko regime. These brave individuals have stood against the Belarus’ involvement in Putin’s invasion of Ukraine, along with the countless crimes of the country’s dictator.

Eurocadres were lucky to have met with some of these brave individuals last week, and call for the international community to exert pressure on Lukashenko and demand their release. Democracy is not dead in Belarus thanks to the efforts of these citizens. The European Union must leave all options, including further sanctions against the regime, on the table to help these leaders of Belarusian democracy. They include:

On March 29, Mr Yarashuk led the call for peace in Europe with the below speech. We must echo these words in our fight for justice on their behalf.

Russia’s war against Ukraine has been going on for over a month. Since the beginning of the war, Belarus has sided with Russia. Its troops are entering Ukraine from our territory, rockets are being launched, planes are taking off. And the more Belarus gets involved in the war, the more its participation in the aggression destroys infrastructure, homes, kills Ukrainian civilians, women, elderly people and children, the more the international community’s sanctions against it increase.

We are starting to feel the effects. Prices are rising, companies are closing or going part-time, and wage problems are beginning. The turmoil has already affected strategic companies such as MZKT, oil refineries and Belaruskali. For the first time in many years, Belaruskali was forced to take out a bank loan to pay its employees’ salaries.

But this is only the beginning. The determination of the international community to punish those responsible for the war and the scale of the sanctions are such that in a few years there will be little left of the country’s modern economy. Belarus has never faced such a challenge in its history.

The country will gradually degrade to the technical and technological level of the last mid-century economy. The degradation will be accompanied by endemic unemployment, extremely low wages, poverty and the miserable existence of the population.

Moreover, Belarus, with Russia as the military aggressor, will have to pay billions of dollars in reparations to Ukraine for the enormous damage caused by the war. Just as Nazi Germany paid reparations to the Soviet Union after the Second World War. This is how the factories of MAZ, MTZ, Motovelo and others came into being in Minsk.

Thus, Belarus will pay, by staking its own future, for the adventure of having participated in the war against Ukraine. For years to come, the country has staked its existence as an independent and sovereign state, and its population will be on the brink of physical survival.

Few countries in the world have experienced such deadly wars in their history as we have. We must do everything to regain a good reputation, so that Belarus will never be seen as a military aggressor. And who else but us will do it ? The name of our country, the names of our villages and towns must not embody the threat and danger to the people of neighbouring Ukraine, which is our brother. They must not embody death.

I, the President of the Belarusian Congress of Democratic Trade Unions Alexander Yarashuk, am addressing you. Russia’s war in Ukraine is not our war. We can stop it, we must stop it ! The absolute majority of Belarusians, 97%, do not want Belarus to participate in the war in Ukraine ! Our descendants will not forgive us for the silence at the most critical moment of our history ! Do not be afraid of anything or anyone ! It is difficult to imagine anything worse than what is happening to us today. Never and nowhere in the world has the demand to end the war been a crime ! And never and nowhere in the world has there been a more noble cause than to oppose war, against the killing of innocent people, women, old people and children !

This doomsday scenario for the nation can only be avoided in one case. If Belarus refuses to send its troops to Ukraine and demands the withdrawal of Russian troops from its territory. Only then can the country avoid the inevitable destruction of the economy by unprecedented sanctions. Dear compatriots, workers ! The fate of our native Belarus, the fate of our people, the fate of our children and grandchildren depends on us today. And these are not just solemn words. They have never reflected so well the full tragedy of what has happened to Belarusians. Belarus has never been so close to a catastrophe in its history and has never known such a shame.