European Union Unity is the theme of the Eurocadres Congress when it gathers for Congress in Brussels on 30-31 October 2017. 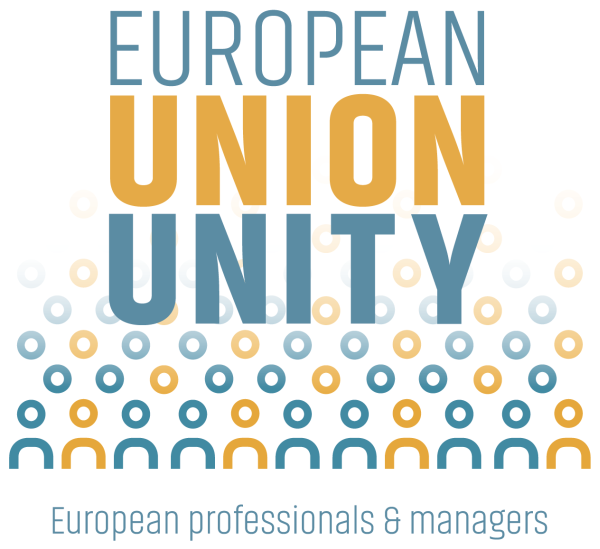 The European Union is meeting challenges. Brexit, negative democracy development in some of the member states, eurosceptic populists standing strong in elections in member state after member state. And there is still the aftermath of the crisis.

Europe needs more of unity and less of division. But from the trade union side the perception is clearly that the response must also be a more social Europe. European Union Unity is the theme of the 2017 Eurocadres Congress. European Union must show more of Unity. But also, European trade Unions must work in Unity for improving the lives of people living and working in Europe.

Three main documents are proposed to the Congress for adoption.

In the Policy programme, Eurocadres lays out its main thematic priorities Quality of working life, Real freedom of mobility and a Stronger knowledge-based Europe.

In the Action plan, the external and internal development areas are defined. The main action aims are proposed to be increased influence over EU policy and social dialogue – increased visibility of Eurocadres for EU policymakers, EU social partners and our members – and finally, increased engagement of members.

The final main document is proposing changes in the constitution. Mainly some clarifications are made, but some new writings also aim to increase transparency for member organisations that lack representation in the Executive Committee of Eurocadres.

During the Congress an event titled Wild west of whistleblowers will take place, including a discussion with several experts on the topic, as well as representation from the Commission.

The Congress will also debate and adopt emergency resolutions on a few topics. Whistleblower protection and parental leave and gender equality are the themes of the two first ones that are being developed.

The Congress will take place in the premises of the Economic and Social Committee.