During its 4th Congress in the premises of the Economic and Social Committee in Brussels, Eurocadres will elect a new presidium but also take the opportunity to promote our important work on creating EU-wide whistleblower protection. 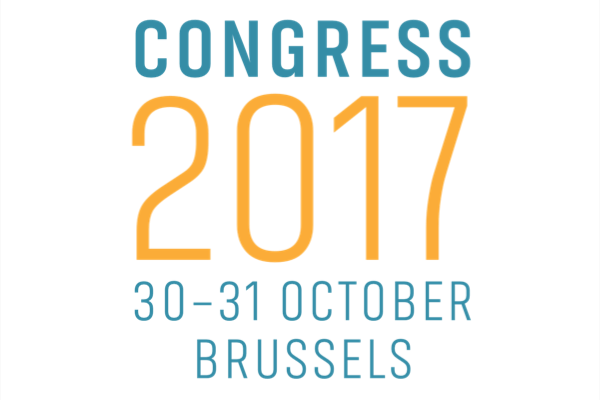 During first day of the Congress at 14:30 an event titled Wild west of whistleblowers will take place with Director Anne Myers from Whistleblowing International Network; Professor David Lewis from Middlesex University; Senior Economist Meena Fernandes from Milieu and Policy Officer Christel Mercadé Piqueras from the European Commission. We will also see a video message from LuxLeaks whistleblower Antoine Deltour as well as from MEP Virginie Rozière.

Eurocadres has for the past year focused on EU-wide whistleblower protection and already gathered over 80.000 signatures in a petition calling for action. On 24 October the European Parliament voted in strong support, which hopefully will give a push towards the Commission.

European Union Unity is the theme of the 2017 Eurocadres Congress. The EU must show more unity and less of division. European trade Unions must work in unity for improving the lives of people living and working in Europe.

The EU is facing challenges: Brexit, threats to democracy and rule of law, Eurosceptic populists gaining wins in elections and still, the aftermath of the economic crisis to deal with.

From the trade union side, the answer is a more social Europe. Coming up to the Social Summit in Gothenburg on November 17 trade unions must acknowledge that the European Pillar of Social Rights is a step in the right direction, which however needs to be followed by real commitments.

Three main documents are proposed to the Congress for adoption.

In the Policy programme, Eurocadres lays out its main thematic priorities Quality of working life, Real freedom of mobility and a Stronger knowledge-based Europe.

In the Action plan, the external and internal development areas are defined. The main action aims are proposed to be increased influence over EU policy and social dialogue – increased visibility of Eurocadres for EU policymakers, EU social partners and our members – and finally, increased engagement of members.

The final main document is proposing changes in the constitution. Mainly some clarifications are made, but some new writings also aim to increase transparency for member organisations that lack representation in the Executive Committee of Eurocadres.