In this year's Global Corruption Barometer, recently published by Transparency International, the findings clearly underline the need for whistleblower protection. Fear and lack of acceptance prevent people from reporting, yet standing up and speaking out are seen as the best ways to fight corruption. 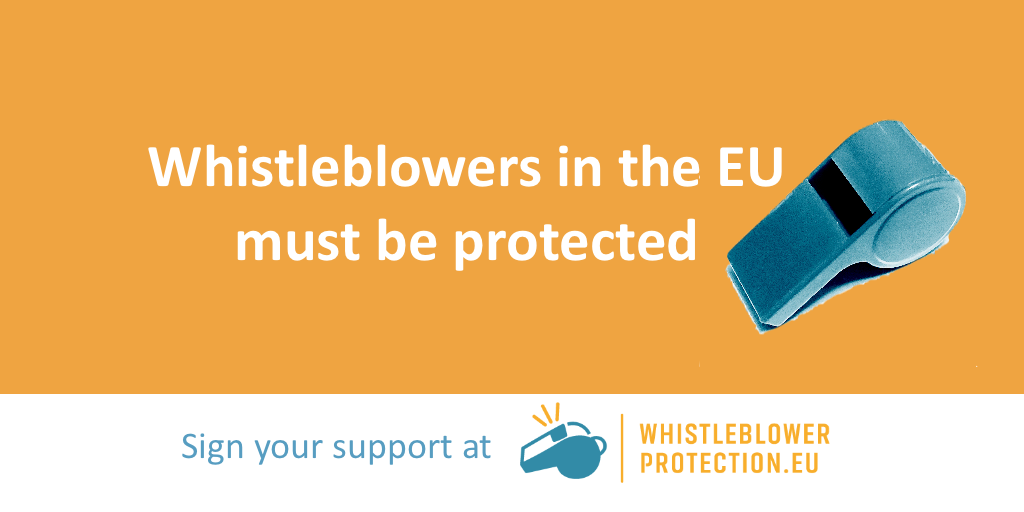 The number one fear that prevents people from reporting is the one that they may suffer "retaliation or a negative backlash (such as losing one’s job)". The figure is as high as 30 per cent.

The report is based on conversations with 60.000 persons in 42 countries. For the EU countries the findings shows that 24 per cent view reporting corruption as the most efficient way to combat corruption.

–This is yet another clear reason for why an EU-wide whistleblower protection must become reality as soon as possible. The EU has a very clear interest and responsibility to combat corruption. Making it safer to speak out by whistleblowing is a very efficient way to do so, says Martin Jefflén, President of Eurocadres as a response to the report.

–This is yet another clear reason for why an EU-wide whistleblower protection must become reality as soon as possible.

Eurocadres is working together with Transparency International in the campaign WhistleblowerProtection.EU, a campaign initiated by Eurocadres before summer.

The ETUC, who also is a member of the campaign platform, is now working on a resolution on the topic to be adopted by the ETUC later this year. Esther Lynch, Confederal Secretary of ETUC, also commented on the findings in the report:

–We are calling on the EU to introduce a robust set of legal rights, to protect workers in the public or private sector, so that they can disclose and report matters such as malpractice, misconduct, the violation of laws, rules, regulations, damage to health, safety or environment concerns, corruption and fraud and the 'cover up' of wrongdoing.