On Monday 4 March the petition by Eurocadres and WeMove.EU was handed over, demanding improvements in the whistleblower protection directive currently under negotiation in trilogue. In just 29 days 100,652 signatures were gathered. 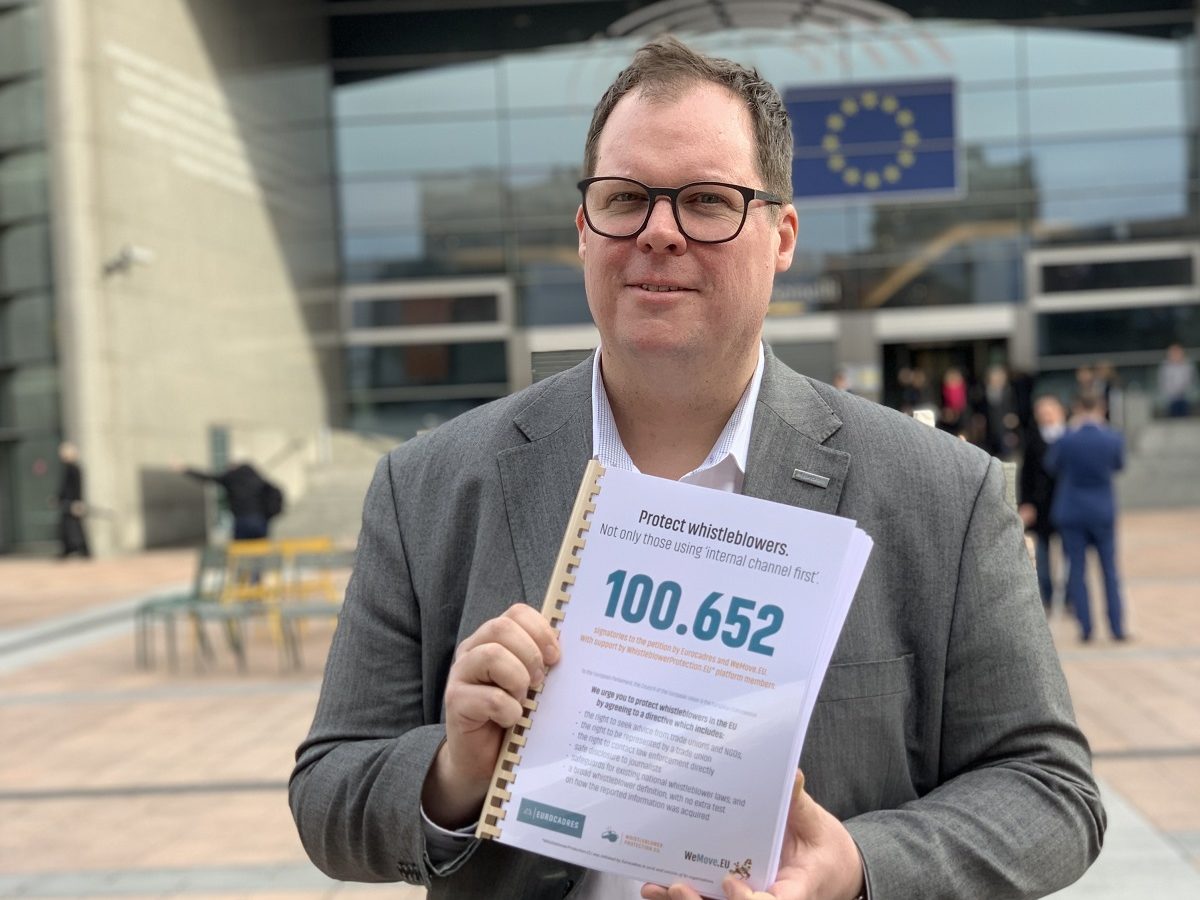 Martin Jefflén, President of Eurocadres, in front of the European Parliament with the book containing the signatures.

We strongly support the Parliament position on reporting channels. By not granting whistleblowers the right to choose channel the directive makes whistleblowing less safe.

–We strongly support the Parliament position on reporting channels. By not granting whistleblowers the right to choose channel the directive makes whistleblowing less safe. When it's not safe to blow the whistle, less people will come forward and disclose wrongdoing and threats to the public interest. Mandatory internal reporting will have a serious chilling effect, says Martin Jefflén, President of Eurocadres. 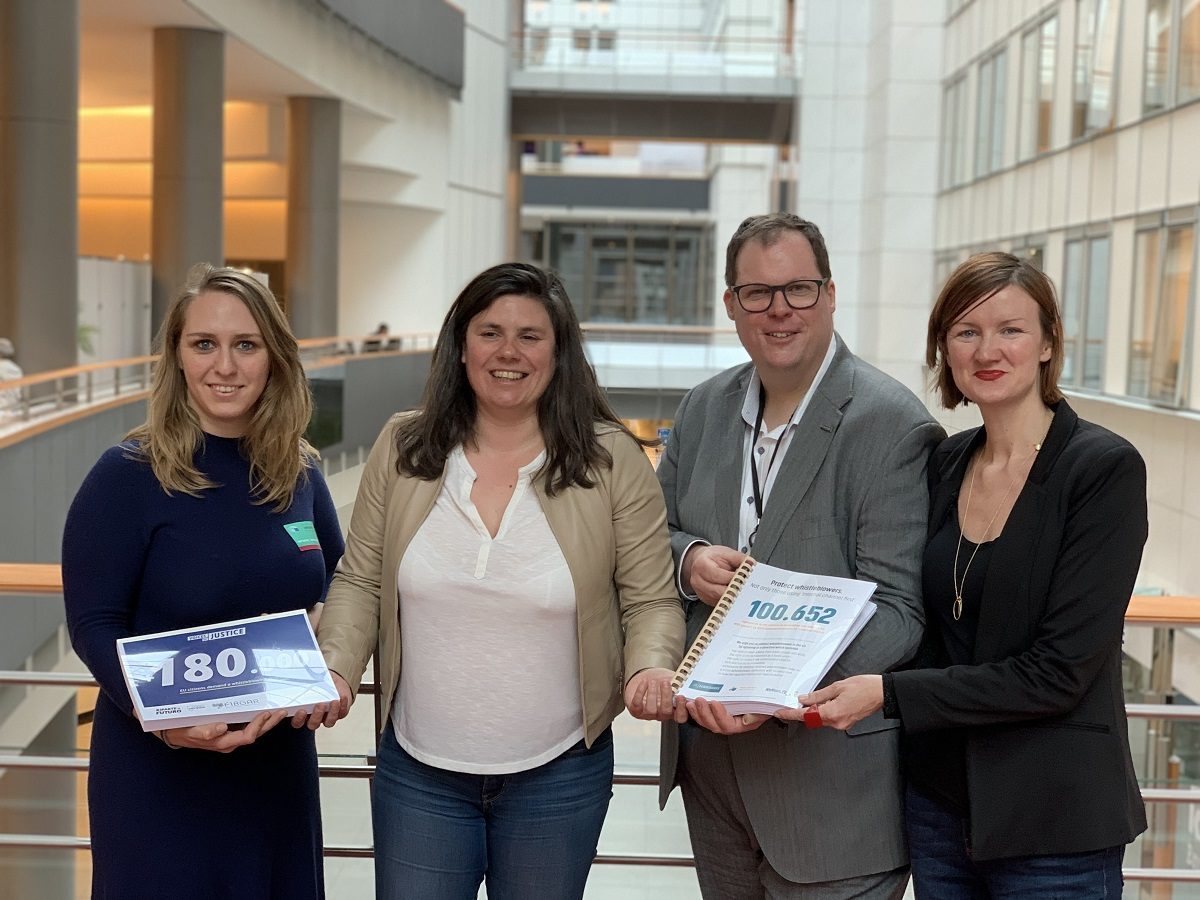 From left to right: Veronika Nad, Blueprint for Free Speech; Virginie Rozière, French MEP for S&D and rapporteur of the European Parliament for the directive; Martin Jefflén, Eurocadres and Laura Sullivan, WeMove.EU.

Several studies have showed that internal reporting is in an absolute majority of cases the preferred option of whistleblowers. When the European Commission published its proposal in April 2018 it was accompanied by an Impact Assessment which gives a detailed rundown of known data:

(...) Within a sample of 1,000 callers to their advice line, Public Concern at Work, a UK whistleblowing charity (PCaW), found that line managers and managers in higher position are the first recipients of workers’ concerns, in 74% of the cases when the concern is reported the first time, at the second attempt higher managers play a bigger role.

–It is quite absurd that the Commission's own impact assessment makes the case for why mandatory internal reporting is unnecessary and still this bad idea was part of their proposal and is now also supported by the Council, continues Martin Jefflén.

Already when the Council of the European Union published its General Approach, its negotiation mandate, Belgium and Bulgaria wrote separate statements supporting removing the requirement to first report internally.

–We and other platform members are in touch with other Member States to ensure that more Member States come out clearly in support of the Parliament position. It is becoming more and more clear that France and Germany who are heading the resistance are becoming more alone, Martin Jefflén concludes.

It is not the first time that there is a cooperation on a petition between Eurocadres and WeMove.EU. Already the first petition which was used when Eurocadres initiated the platform WhistleblowerProtection.EU in 2016 was hosted also at WeMove.EU from 2017. The Although the formal cooperation was between Eurocadres and WeMove.EU, the text of the petition was written to reflect concerns of platform members more broadly which is why many platform members came out in support of the petition and contributed to gathering support.

At the same time a petition ran by Blueprint for Free Speech, FIBGAR and Riparte Il Futuro was handed over by Veronika Nad from Blueprint for Free Speech, making the total number of signatures over 280,000, well over a quarter of a million. Both petitions were handed over to the Council by Virginie Rozère at the start of the trilogue negotiations in the evening the same day.