Directive is formally adopted in Strasbourg. 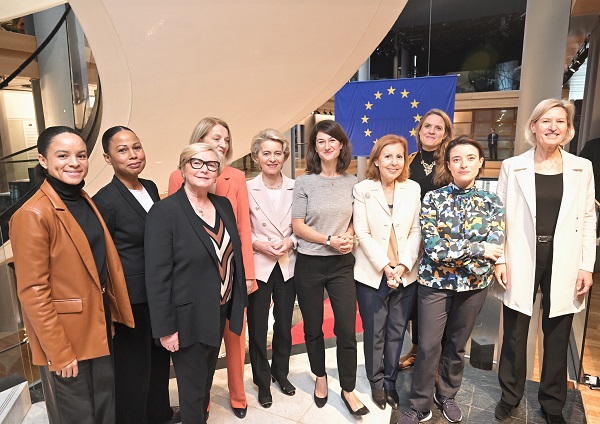 As we detailed in March, the first breakthrough following a decade of blockage came at Council level, with the directive, which aims to improve the gender balance among non-executive directors of listed companies, finally receiving an agreed general approach from European employment and social affairs ministers. Having been blocked in the Council for a decade, the initiative has been a priority file for the von der Leyen Commission. This allowed for negotiations between the Council and the European Parliament to begin, with a view to agreeing a common position.

All of this led to the text being signed into law on Tuesday November 22nd.

The directive will introduce an open and transparent procedure to ensure non-executive boards of EU companies consist of a minimum of 40% of women by 2026. With gender inequality being rife at the top of companies throughout Europe, Eurocadres wholeheartedly endorses the adoption of this text, now ensuring that companies are forced to reflect on their corporate culture.

“For years we have heard that there is a need for women in leadership roles. Now we will move from empty words to real action, undoubtedly removing barriers for countless women across Europe” - Nayla Glaise

Crucially for Member States, the directive also introduces quotas in both executive and non-executive boards, with the overall minimum requirement being 33%. To ensure compliance, Member States will also be forced to act on enforcement, tasked with setting up a penalty system for companies failing to comply with the new laws.

Despite the agonising wait for this text to proceed, Eurocadres President Nayla Glaise welcomed the adoption of the directive, saying: “As with most files promoting gender equality, it has definitely been a waiting game when it comes to the Women on Boards directive. With the Council blocking progress for a decade we began to doubt that we would ever be enforcing this excellent legislation, but are delighted to see it become a reality.

We are thankful to all the campaigners throughout the years, along with those working in the Council, Parliament and Commission who refused to yield and pushed for progress.

For years we have heard that there is a need for women in leadership roles. Now we will move from empty words to real action, undoubtedly removing barriers for countless women across Europe”.