Breaking the glass walls is the theme of the European Trade Union Confederation for the 8th of March campaign. Gender division of labour is indeed a problem which gives cause to inequality in pay between sectors and professions. For professionals and managers of course also the glass ceiling is a problem.

It hurts European competitiveness to not have women represented in a proper way in decision making bodies in European companies. Male dominated company boards make for poorer decisions where half of the population is not properly taken into account. The women on boards directive should have been accepted a long time ago, and it is time to move it out of the current block. It is at least one step forward towards the aim to end the current culture of male dominance in board rooms.

The share of graduates that are women is increasing. More women than men take up and finalise higher education, but this is not reflected well enough on the European labour market. It is not only in the board rooms that women face problems in their careers. Becoming a manager is also statistically much more unlikely for women than it is for men. It the study that came out of a project that Eurocadres was part of together with CEC, the figures are quite clear and the trend not so promising. Change is too slow. That women continue to be left outside decision making and managing positions – and even the labour market at large – means that talents are left unutilised.

The share of graduates that are women is increasing. More women than men take up and finalise higher education, but this is not reflected well enough on the European labour market.

A major reason for the underrepresentation of women is of course the fact that women are still expected to carry a larger part of the responsibilities for care for children and elderly relatives.

Parental leave systems in Europe differ quite a lot. A note on definitions could be of use, as there are some legal instruments on EU level where wording is important. Maternal leave refers to the leave for women around the time of birth. Paternal leave can be interpreted as taken by fathers, mostly in parallel with maternity leave and before they take up parental leave. Parental leave gives the right to leave for both men and women workers.

A key aspect of a parental leave is that it should be paid. Parental leave taken by men is an important tool to overcome gender stereotypes, promote good practices on gender roles and to change representations of work. Fathers should therefore be encouraged to take leave and parental leave systems should include provisions for supporting this.

Such a development could prove to be effective if the leave is long enough, well paid and taken or lost. This is important in order to change work organisation and representation, to promote good practices on gender roles and to overcome gender stereotypes.

So two things that we need more of to promote equality: women in company boards and management and men on parental leave.

Eurocadres of course has a clear view on the issue. We want to change the traditional model that locks in women to being child care providers and contributes to gender inequality at work. To share childcare in a balanced way between men and women will contribute to the evolution of social and cultural models and thus decrease the "pregnancy risk" that women workers often face in child bearing years, where employers see women as being more of a risk of being absent from work than men are, which hurts the careers of women.

So two things that we need more of to promote equality: women in company boards and management and men on parental leave. 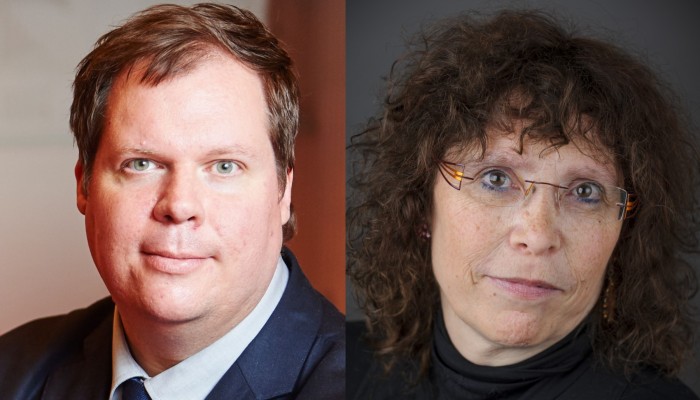