Professional women have to reach the top

For some time now, it has been noted that European women are increasingly highly-skilled, and a growing number of women graduate with tertiary education.

In 2015, women accounted for an estimated 54.1 % of all tertiary students in the EU-28 (only Greece and Germany had more male students). Within the EU-28 close to three fifths (57.6 %) of all graduates in 2015 were women. Still, highly-educated women find it harder to enter the labour market and are in lower-skilled jobs in comparison to men. 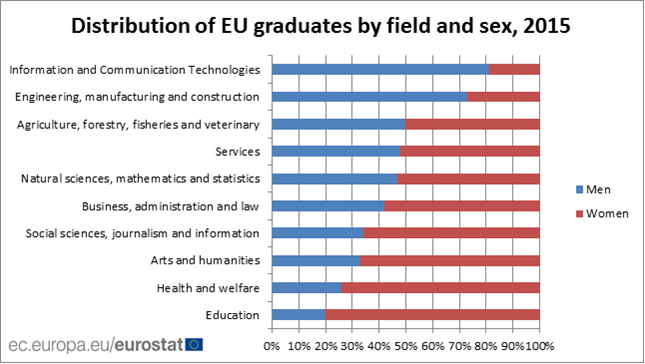 What we need are measures to make the labour market more inclusive and even out the imbalances. The Commission has suggested many policy changes that would be a step in the right direction. These include at least ten working days of paternity leave, four months of individual non-transferable parental leave and a five-day carers’ leave. The crucial solution is to have flexible working arrangements and an open mind to breaking myths and stereotypes. Shared responsibilities concern everyone.

Only one in three managers in the EU is a woman.

However, a functioning family life and shared caring responsibilities are not the only answers to the problem. Still we experience significant segregation in occupations: women go for “traditional female” jobs in nursing, teaching etc. and men opt for engineering and manual jobs. Also, stereotypes and assumptions exist on a large scale. Career guidance in schools is still very often boxed in and labelling people by heritage and gender into different categories. The Nordic countries, which are seen as model examples of gender equality, are in fact experiencing a gender equality paradox. That means that the welfare support is so great, that it actually might deter women from advancing. Also, comparably less women graduate in STEM subjects (science, technology, engineering and mathematics) in the Nordics than in less developed countries.

Enabling women to take up managerial roles, as well as executive positions, is a key measure to promote change in attitudes as well as organisational behaviour and culture. Only one in three managers in the EU is a woman, and interestingly, the countries with the highest number of managers and CEOs are in Latvia, US and Poland. 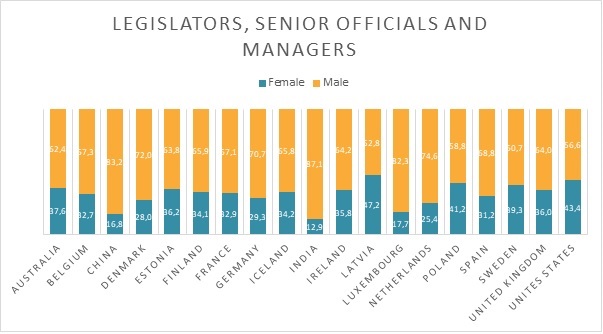 Not only is advancing to managerial positions a challenge, but also salaries and pension. There is a huge secrecy around pays and stigma to talk about it. Earlier this year, the Finnish trade union PRO launched a pay gap campaign, where men and women with exactly the same jobs revealed to each other how much they earn. It was a  shock for everyone. Take an example: the male project engineer had an annual salary of € 48 643 whereas the female counterpart got € 35 655! That is over a 10k difference! Women in the EU earn on average 16% less per hour than men and for those in managerial positions, the gender pay gap is as high as 23.4%. Eurofound has estimated the cost of the gender employment gap in the EU to be €370 billion per year across the Member States. 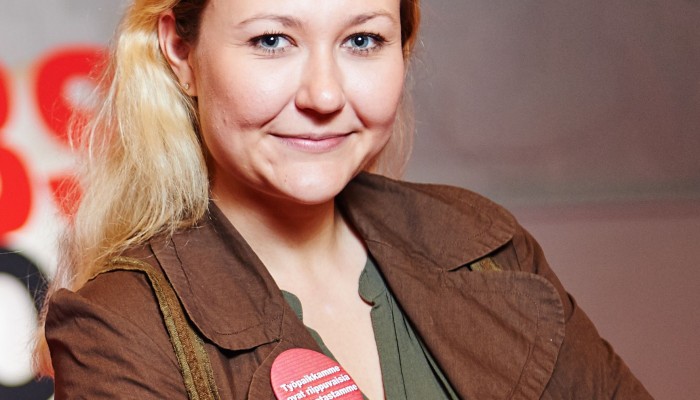