Professional women on the move

With the COVID-19 pandemic spreading around the world, it is hard to see anything else as remotely relevant, especially when we witness everyday the losses and hardship it is causing in our communities and around the world. However, life has a way to remind us that the law of impermanence prevails even in the face of major crisis, but it demands from us the need to rearrange our lives. 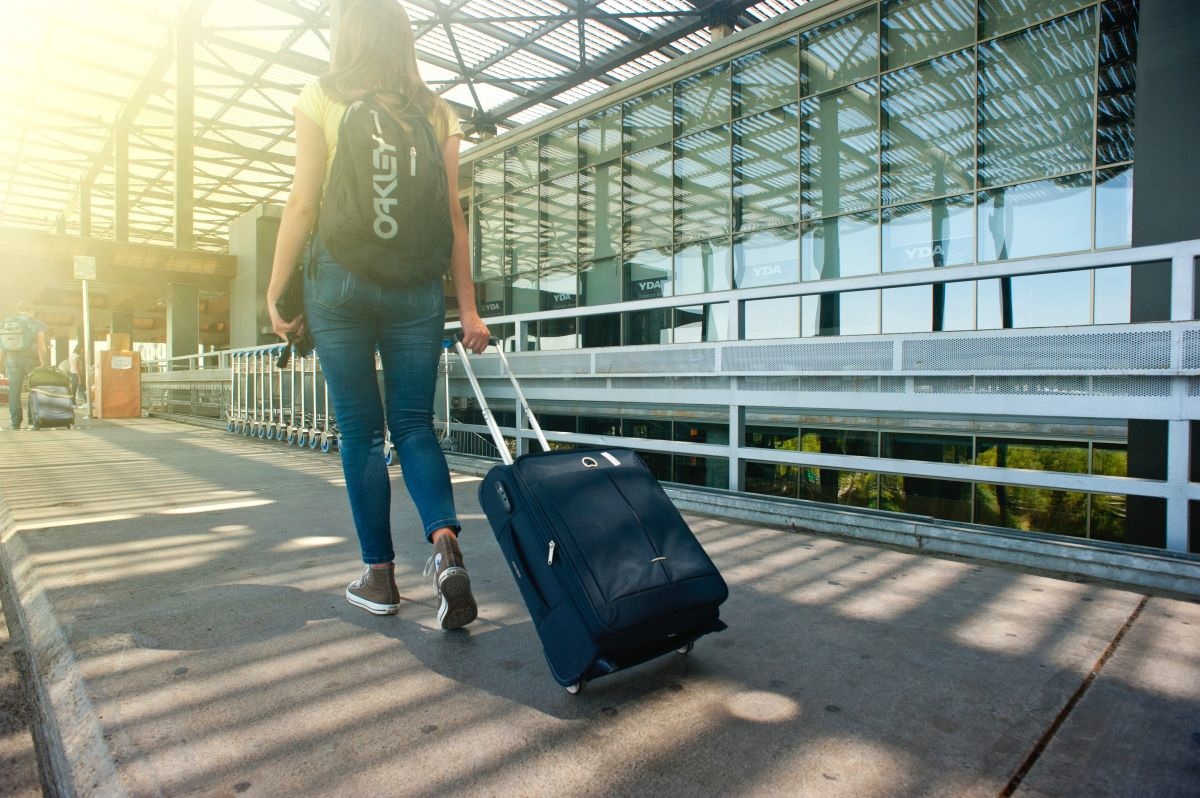 It is a challenge to see possibilities and opportunities in times such as these, but we must, because “the future belongs to those who can imagine” (Luiz Valdez, 2020). Therefore, I would like to invite you to take a pause from COVID-19 and take a look into another subject, one that if tackled with forceful impetus may take us from crisis into opportunity. Gender equality and free movement are key cornerstones in the European Union. And while major European capitals continue to attract a growing number of highly skilled intra-EU mobile citizens and third-country nationals, professional women on the move may face many difficulties in re-entering the labour market, including periods of unemployment and deskilling in the host country.

Despite the valuable and extensive literature on intra-EU mobility and international migration, as well as policy initiatives on gender and employment, little attention has been paid to the particular challenges of integration of professional women on the move in the EU labour market. According to the 2018 European Commission Study on the Movement of Skilled Labour, "Long-term unemployment rates for female EU movers are more similar to or higher than their native peers. [and] Long- term unemployment rates are higher for older EU movers compared to their native peers.”. As such, mobility without employment may present the unintended consequences of loss of skills and long-term unemployment, loss of social rights (i.e. pension), career penalties, economic dependency, and low level of satisfaction within the process leading to loss of well-being (emotional and psychological costs); thus, all elements which in the end can contribute to wider the gender gap, inequality and welfare for professional women.

Little attention has been paid to the particular challenges of integration of professional women on the move in the EU labour market.

The prevailing knowledge gap may be one of the factors contributing towards unfair ideas and stereotypes about a perceived life of privilege associated with the experiences of professional women on the move while rendering their pleas invisible to policymakers, potential employers and public institutions responsible for employment services. Assumptions, of endless opportunities for international career advancement or a life of privilege based on a deliberate withdrawal from the labour market, seems to dominate the discourse on professional women on the move thus obscuring the reality of the underutilization of talent and skills generated by mismatches in the labour market, along with social problems, such as underemployment, unemployment and discrimination.

Research consistently shows that those employed enjoy greater well-being in comparison to the unemployed.

It is important to recognize that some structural barriers need to be addressed, including disadvantages in the labour market (based on gender, age, nationality, and non-linear CVs). The fundamental right of free movement in the EU facilitates the mobility of EU citizens in the Union; yet experiences of intra-EU mobiles and third-country nationals shows that improvements can still be made to facilitate an optimal matching that would enable a greater participation of high-skilled workers in the labour market of host countries, especially of women, thus supporting economic independence and gender equality. As we encounter significant demographic, environmental and technological changes affecting/and transforming the labour market, one thing is certain, research consistently shows that those employed enjoy greater well-being in comparison to the unemployed. Moreover, it is important to consider that the expectations attached to high-skilled movement is one of better opportunity in the labour market, not adversity.

Improvements can still be made to facilitate an optimal matching that would enable a greater participation of high-skilled workers in the labour market of host countries, especially of women.

While upholding the efforts of the European Commission on gender equality, free movement and the Skills Agenda, greater efforts are needed to increase female labour market participation towards economic independence, through the prioritization of actions for the benefit of those professionals on the move, many in a dual-career partnership. For example, by developing and implementing specific initiatives aimed at supporting professional women on the move to re-enter and stay active in the labour market covering all age groups and in collaboration with employers, especially for those affected by long-term unemployment and older workers. Access to re- and upskilling opportunities is important, but not enough for those on the mobile path outside the labour market and beyond 35 years of age. As such, besides delivering information to jobseekers on labour market opportunities, there is a need to create formal work-placement schemes for professionals on the move that can facilitate an effective matching to employment in combination with re- and upskilling acquisition. Returnship schemes for professional women re-entering the labour market have gained ground outside continental Europe with success; thus, perhaps it’s time to consider such schemes for professional women on the move as a bridge to employment in the country of residence among the EU27. One potential source of financial resource for such endeavour could be to use instruments like the ESF or Erasmus+ that can support high-skilled intra-EU mobile citizens/third country nationals in their process of labour market re-insertion/transition.

Moreover, in line of greater participation of women in the labour market, consideration ought be given to the fact that the competences of the future (i.e., adaptability, problem-solving, intercultural/language skills, “thinking outside the box”, etc) may be represented in greater numbers by professionals on the move who may be invisible to human resources and employers craving for talent, but unable to see beyond gender, age, nationality, ‘foreign’ diplomas & work experience (from another EU Member State!), non-linear CVs, and standardized algorithms. Such practice, not only inhibits the process of integration into the local labour market but speaks loads in terms of potential stasis for gender equality and the viability of win-win narrative of Free Movement within the knowledge and service-based economy.

According to the Eurostat the Economic loss due to the gender employment gap amounts to around €370 billion per year.

According to the Eurostat the Economic loss due to the gender employment gap amounts to around €370 billion per year. As such, a Europe fit for 2020 and beyond, ought to be one that is committed to leaving no talent and skilled workers behind since it's (about) time to be bold and strive for gender equality and economic independence as an effective strategy. Besides a climate and health (COVID-19) emergency, our society is facing another broad and permissive emergency, the one of confidence in the future, much engender by the negative prospect on the future of work and now an economic crisis generated by the pandemic. Never in recent history have leaders needed reminding that alongside material requirements, hope is an essential human need, and a key element when striving in challenging times.

While a month ago, Brussels was buzzing with calls on the Green Deal (hopefully having a positive impact on job creation and on our way of living), it is important to bear in mind that the magic in the original New Deal was not in its economic program, but rather on its ability to give hope and confidence during one of the worst times for workers in US history. Like today, scholars of the New Deal remarked that there was no lack of financial resources at the time, but rather a lack of interest in the plea of the workers and the unemployed. Turning our gaze to today, Harari in his 21 Lessons for the 21st Century warns us against the development of a class of “economic useless people” touching all workers unable to exchange their human capital for an income. In the end, policies and strategic plans, like the application of new technology is not inevitable; but rather a question of choice between a path towards utopia or a race to a dystopia where inequality prevails. Recalling last months’ focus on International Women’s Day and the Gender Equality Strategy 2020-25, here I would like to call for concrete action in support of female professionals on the move, who above all want to stay active in the labour market, and who may be feeling ‘left behind’ by policies and programs. In the end, a 'just for all' transition is also one that enables a path back to employment for all professional women.

As we live through the devastation and immediate challenges of COVID-19, it is important to lift our gaze from fear and into re-envisioning our possible futures when business will resume. One thing this crisis exposed to us all is the fallacies of our socio-economic priority and approach, which will need change towards greater sustainability, if we want to survive, let alone thrive. Never, have we needed human capital like today, because solutions can only come from those ready and able to contribute through their work.

A special salute and a heartfelt THANK YOU to all health-care professionals, many of whom are intra-EU mobile women on the move.

Note: This article is based on contribution to the Gender Equality Strategy 2020-2025, submitted 2020 by the author 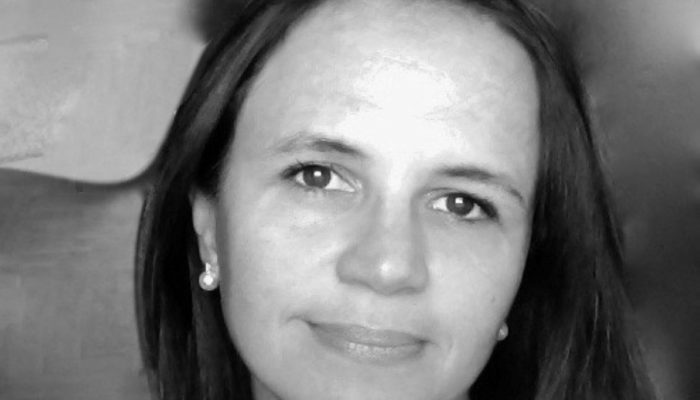