It is official. The Whistleblower Protection Directive is now reality.  On 16 December 2019 the directive entered into force following its publication in the EU Official Journal 20 days earlier. This marks the start of a two-year period during which the Member States must implement the Directive into national legislation. This should also be a call to those who were involved in promoting the Directive in the first place to get active again to advocate for improving the national legislation in all Member States. 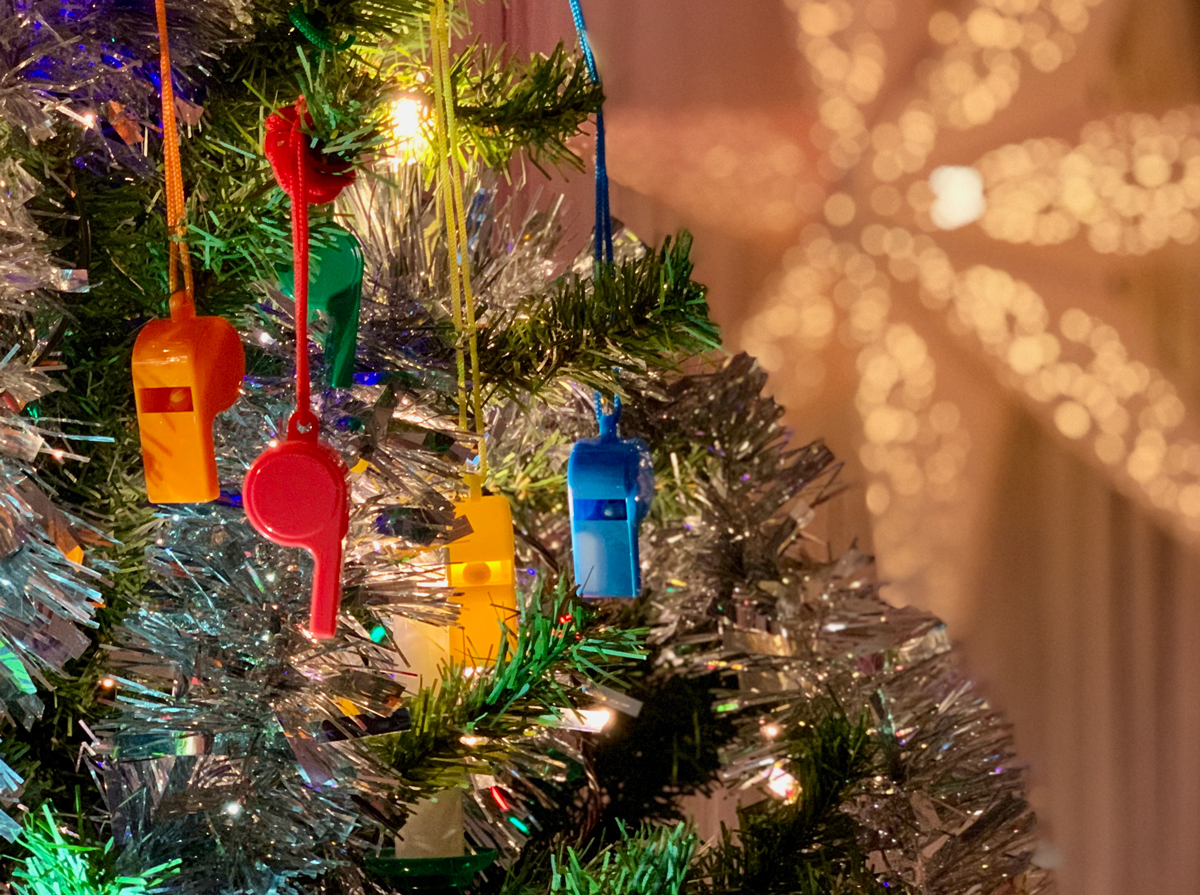 A long way to get there

It has been a long and hard work. For a legislative process in EU it has however gone very fast. When Eurocadres launched an open invitation to the first meeting in April 2016 of what would become the platform WhistleblowerProtection.EU, the Commission was still arguing that there was no appropriate legal basis and a directive could not become reality. This was only three and a half years ago.

This mobilisation of trade unions and NGOs came out of the advocacy work on the Trade Secrets Directive in 2014/2015. When whistleblower protection became the most debated part of that directive, towards the end of the legislative process, those who wanted to continue to lobby for a new directive protecting whistleblowers gathered in the platform WhistleblowerProtection.EU. This platform now consists of 89 trade unions and NGOs who have cooperated on the campaign and advocacy work to get a directive and to improve it before its final adoption. The platform has worked closely with political groups in the European Parliament, with whistleblowers and with academics.

The strength of many

Many contributed with their respective strengths. The lobby experience of Transparency International, the legal expertise of Whistleblowing International Network and Government Accountability Project and the support by Open Society Initiative For Europe were immensely important and useful components, to mention a few. From the European trade union organisations (apart from Eurocadres) in particular EPSU, the European Public Services Union and EFJ, the European Federation of Journalists, were very active on the platform.

Many contributed with their respective strengths.

Our activities were noticed by the Commission already before the start of the legislative project. Already in the inception impact assessment by the Commission in 2017, laying out the roadmap to an initiative, a reference was made to the platform. By regular coordination meetings and an e-mail list we kept in touch with each other throughout the whole process. On purpose we kept the platform very informal with only one jointly agreed upon text. Events, op-eds and lobby meetings were coordinated via sharing information and co-operation organisation to organisation, but not carried out through the platform itself.

The Commission received a total of 5707 responses to the consultation and 99,4% of these agreed that whistleblowers should be protected.

For the Parliament own initiative report on the issue, several of the platform members were in contact with MEPs and staff advocating for strong provisions.

A petition, based on the platform statement, was ran for one year and 81063 individual and 86 organisation signatures were handed over to DG JUST on 14 November 2017. The petition was run in cooperation between Eurocadres and WeMove.EU.

When the Commission on 23 April 2018 finally published its proposal for a Directive most participants of the platform welcomed it, but worked hard to improve the text, including by cooperating with forces in the European Parliament. During the trilogue negotiations a very close cooperation amongst a core group of the platform lobbied hard, also using contacts in Member States to put pressure on the Council to change its position on a few key issues.

The most impressive win of the whole process from directive proposal to adoption was undoubtedly removing the requirement to first report breaches to the employer, before safely being able to report to a competent authority. With both Germany and France among a blocking minority of opposing Member States it seemed unlikely that it would happen, but thanks to a hard resistance from the European Parliament, represented by its rapporteur Virginie Rozière (S&D, France) paired with a pressure from the platform and its allies, a few Member States were persuaded to end their opposition and the mandatory internal reporting could be removed.

thanks to a hard resistance from the European Parliament, represented by its rapporteur Virginie Rozière (S&D, France) paired with a pressure from the platform and its allies ... the mandatory internal reporting could be removed.

We used the lead up to the European Elections to put pressure on the Council and stirred up national debate. For example Whistleblowing International Network managed to initiate a debate in the Dutch House of Representatives which helped change the position of the Netherlands who secretly was not at all acting in favour of removing the mandatory internal reporting. In Germany we addressed the Justice Minister who was also a lead candidate for the German S&D list, whereas S&D was acting to remove the mandatory internal reporting.

A second petition was made focusing on the key issues in the directive petition. Once again it was formally a cooperation of Eurocadres and WeMove.EU and it called for a directive including: the right to seek advice from a trade union and NGOs, the right to be represented by a trade union, the right to contact law enforcement directly, safe disclosure to journalists, safeguards for existing national whistleblower laws; and a broad whistleblower definition, with no extra test on how the reported information was acquired. The 100.652 petition signatures were handed over to the rapporteur of the European Parliament, Virginie Rozière together with 180.000 signatures gathered over a few years by Blueprint for Free Speech, FIBGAR and Riparte il Futuro. The in total well over a quarter of a million signatures were then brought by Virginie Rozière to the trilogue negotiations and handed over to the Presidency of the Council who later brought the signatures to the COREPER-II meeting which decided on the issue.

The Directive is a strong piece of legislation which will improve the protection in all 27 EU Member States following the transposition period. It does however have some shortcomings which should be addressed in the national transposition process.

The circle of persons that can enjoy protection is broad in the directive, but what can be reported and give protection is more limited. The Directive covers only breaches of EU law. To make the national legislation safe for whistleblowers also breaches of national law must be included, that is a minimum. Every additional criteria for enjoying protection deters whistleblowers and the whole aim of the Directive is to ensure that more reports are made so that law can be better enforced. The Directive is also limited to a number of areas, including for example public procurement, protection of the environment, public health, transport safety, food safety and nuclear safety. With a broader area of issues covered, a wider material scope, more whistleblowers would be able to report safely. Not limiting the areas, a horizontal legislation, would be the best solution.

To make the national legislation safe for whistleblowers also breaches of national law must be included, that is a minimum.

When it comes to defining breaches, the Council of Europe recommends including covering “a threat or harm to the public interest”. Not even the Directive limits reports to only covering illegal acts, but also includes what goes against the spirit of the legislation (“defeat the object or the purpose of the rules”). Including threats to public interest would help putting the focus on the report rather than on the whistleblower.

As a minimum, what in particular trade unions are calling for, working conditions, non-discrimination and occupational health & safety must be included. The national legislation should also not give a blanket exception for issues on national security and defence. When there is a need for a limitation a limited audience is a better solution.

Currently the Directive does not include a clear provision that whistleblowers can turn to the trade union for advice and representation. This should be included in the national legislation where it is not already clearly established.

The Directive sets the requirement that employers with 50 employees or more must set up reporting channels. Also when there is no clearly established channel it happens that reports are made. In those cases people may have turned to the HR department or to the manager. In some cases there is also a duty to report, so called duty speech. It should be made clear that also these reports would offer protection.

It is national legislation that will determine whether there will be a criminal liability for a whistleblower which has acquired documents necessary for the report. The bar must be set high for criminal liability in these cases. Separating the acquisition of the document from the act of reporting would be illogical as these are both necessary ingredients of an act of whistleblowing.

Legislation is not the whole answer

Importantly. The culture surrounding the act of whistleblowing needs to change. This requires information work. Is should be ensured in each member state that funding is set aside to inform about the new law. In particular this is important to ensure that many choose the internal reporting, as this is also the preferred option in the directive although not a required one. A culture of transparency and accountability does not come for free. 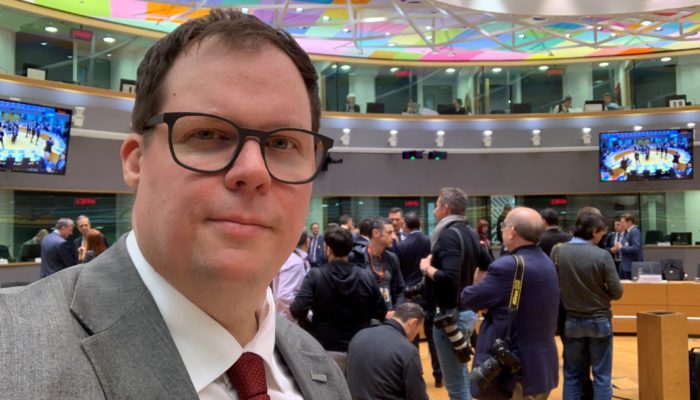 Read the academic paper Is It Freedom? The Coming About of the EU Directive on Whistleblower Protection by University of Greenwich Professor Wim Vandekerckhove

Read the The Whistleblower Protection Directive

There are already now some documents including advice for the transposition, produced by platform members:

Read the analysis of the Directive by Blueprint for Free Speech: Whistleblowing in the European Union: A new Directive to protect Citizens, Democracy and Rule of Law’.