One of the myths regarding racism is that black professionals and managers do not face the crude forms of racial insults and attacks, within the workplace.

The thinking goes that their white colleagues are likely to have received some level higher education, and so would not sink to engaging in crude racial insults, with more subtler forms of discrimination, more likely to be present in the professional environment. However, at the recent ETUC/ETUI workshop on racism and xenophobia in the workplace, fundamentally challenged any such perception.

A shocking personal testimony from Alice, a long-standing Care Home Manager, with 27 years of experience in the sector, offered attendees a chilling picture of how brutal racism can be. The black woman manager is also a trade union rep. She receives daily racial abuse from colleagues. Regularly being told by workmates they cannot ‘accept a black woman as a manager’ and definitely not as their manager’, so being both racist and sexist. It would be ok if she was an ordinary care worker, but a manager, no way.

Regularly being told by workmates they cannot ‘accept a black woman as a manager’ and definitely not as their manager’, so being both racist and sexist.

With the racist insults descending to the level of such as ‘why don’t you go back to where you came from’, or ‘you should climb back up your tree and go eat some bananas’. And as she herself noted, ‘this here in Brussels, in the heart of Europe, in 2018, both troubling and shameful in the extreme.

And most worrying for me as a trade unionist, she feels she is constantly being undermined by fellow trade unionists within the organisation, with statements said in closed union meetings, being leaked to management to undermine her position. After attending a meeting with management, in her role as union rep, regarding a racist incident. After insisting the incident be taken seriously, her fellow trade union rep said to her ‘your problem is you just don’t know when to shut up do you’. To which she replied, ‘I have been elected to represent all our members and that is what I am going to keep doing’.

Wilf Sullivan, the TUC’s Equality Officer, who as a panellist at the ETUC/ETUI event noted: ‘The moving contribution from Alice relating her experience of the blatant racism that she faced in the workplace even though she was a manager showed that the integration policies that so many European countries think are a solution to problems of racism and xenophobia are a farce. Integration can never happen in the workplace and wider society whilst notions of racial inferiority and superiority exist, are part of the mainstream political discourse and are reflected in people’s behaviour in the workplace and wider society’.

In Alice’s case these attitudes resulted in work colleagues racially abusing her and feeling that they were able to reject and undermine her authority as a manager. Trade Unions need to be in the forefront of challenging these racist and xenophobic attitudes and behaviours as this is the only way we can build the solidarity amongst workers that we need to resist exploitation and fair treatment at work for all’.

In December 2017, the EU’s Fundamental Rights Agency (FRA) published a comprehensive study on the discrimination faced by minorities in Europe. The report found that, ‘seventeen years after adoption of EU laws that forbid discrimination, immigrants, descendants of immigrants and minority ethnic groups continue to face widespread discrimination across the EU and in all areas of life – most often when seeking employment’.

‘seventeen years after adoption of EU laws that forbid discrimination, immigrants, descendants of immigrants and minority ethnic groups continue to face widespread discrimination across the EU and in all areas of life – most often when seeking employment’.

Meanwhile, a UK survey on racism at work, published by consultants Pearn Kandola, earlier this year, stated that 60 per cent of black people and 42 per cent of Asian people had experienced racism within the workplace. With 20 per cent experiencing verbal or physical racial abuse.  An earlier study by the Chartered Institute of Personnel and Development, also in the UK, stated that as many as 29 per cent of black employees believe discrimination has played a part in stalling their careers.

As a black professional I have faced racism within the workplace but nothing like the level of insults and abuse faced by Alice. I can only express my admiration for a strength and will-power to continue speaking out against the discrimination she and the other workers of colour face in their daily work.

And for those who say black and minority ethnic people must ‘integrate’, they may want to consider how difficult it is to ‘integrate’ when institutional racism, remains so prevalent in Europe.  When the idea of seeing a person of colour in a position of power or authority, is largely unacceptable, in Europe. Those who repetitively push a message of integration they would do well to join in creating a diverse society that is not threatened by ‘other’ and committed to creating a society based on equality, diversity and social justice.

Note: Alice is not the real name of the care home manager, I decided to give her a pseudonym, to avoid her facing additional pressure in her work environment. She is convinced she is on a list of ‘trouble-makers’ who the company are determined to dismiss. 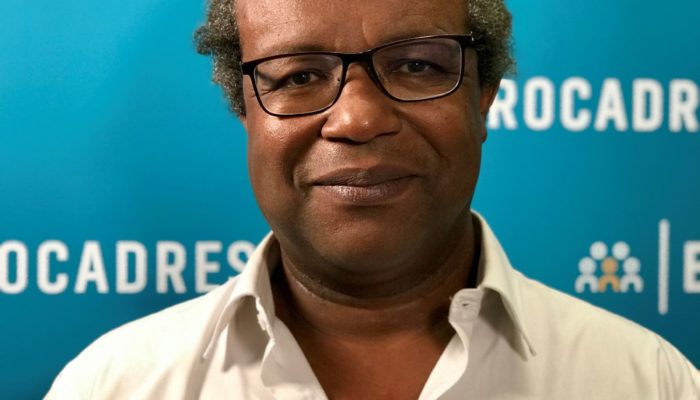