Balancing work and private life is not an easy task for European workers in general, let alone female professionals and managers. Often, they are forced to choose between the pursuit of a potentially good career, which would mean either giving up on maternity in the hope of, at best, attaining a position on a board of directors - something which is very unlikely – or alternatively settling down to have a family, thereby accepting that the only option open to them will be an average job whilst they try to juggle work and family life.

If they decide to develop a career aiming for a highly paid high-end managerial job, they will discover that even though women comprise nearly half the workforce and obtain more than half the university and advanced degrees, less than half of them hold positions on boards of directors.

As a result of male-dominated labour markets and boards of directors, many female professionals give up, resulting in the depletion and loss of potential talent pools. If women continue to be ignored and under-represented on these male-dominated boards of directors, where absence of women result in poor decisions being made, this will have a direct impact on European financial performance and global economic competitiveness, as 50% of the population is not being taken into account.

One of the reasons why female professionals never become Managers or CEOs is because it is still thought that they will inevitably have to take on caring responsibilities for children and elderly relatives at home. To try to overcome this, they therefore give up on maternity and family life.

On the other hand, if they decide to have a family and continue working, the only positions that will allow them to balance their work and family life, will most likely only be average jobs, for which they are usually underpaid and overqualified. Furthermore, they will probably end up adding to the one third of part-time working women –as opposed to the 8% of male part-timers- who, according to statistics, already earn 16% less than their male counterparts resulting in a 40% pension reduction.

All in all, being a female professional in 2018 and deciding to have a family and keep your job means that you not only have to give up on good job opportunities, should they arise, but that you also have to reduce working hours in order to balance work and family life, resulting in a significant decrease of your pension.

Both situations are absolutely discriminatory and unacceptable.

In this sense, the Commission seems to have revived social initiatives that were put to one side during the recession. The proposal includes the reinforcement of the European Pillar of Social Rights to increase EU convergence and a clarification of the existing Working Time Directive.

In the framework of the above mentioned Pillar, with the awareness that parental leave schemes in Europe are diverse, the Commission has launched a package of social measures including the Initiative to support work life balance for working parents and carers aimed at balancing gross differences among European countries.

Men must take on more responsibilities at home

The first concrete step Brussels will take is to propose a strengthening and increase of rights related to Maternity leave, and more specifically, Paternity Leave.

Each parent will be able to take at least four months of leave from when the child is born until their 12th birthday. Paternity leave will be a minimum of ten days, and five days per year to look after children when they are sick.

Brussels did try to strengthen these rights several years ago, with an ambitious proposal to increase Maternity Leave to twenty weeks, later reduced to eighteen, however the project never materialised.

The new package included a non-transferable four months of paid leave for each parent which could be taken until the child’s 12th birthday. This time off would be similar to sick leave, i.e. an unpaid leave of absence. In addition, it specified a minimum of ten days Paternity Leave (in Spain, the minimum is already one month, but there are other countries where this is not guaranteed), and five days leave to look after children if they are sick.

If the Commission’s plan goes ahead it will mean a great leap forward for those countries that give no economic assistance to the parent taking the leave, for example Spain (the parent tends to take an unpaid leave of absence to look after their child), Cyprus, Greece, Ireland, Holland and Malta. Others, like Austria or Luxembourg, offer a fixed amount of time that varies between the 139 days given by Poland and 1,778 days stipulated by Luxembourg.

Nonetheless, Parental leave is mainly taken by women, which adds to total Maternity Leave. According to experts, this is detrimental to women who continue to have family responsibilities and does not contribute to reducing the gender gap, and for that reason, the Commission wants to require that Maternity and Paternity Leave be issued equally and to be non-transferrable. According to data from the 2015 European Parliament, on average, only 10% of parental leave is enjoyed by the father.

Brussel’s intends that the cost to businesses for implementing these measures would be limited and would be compensated for nationally. To reduce the divide, Brussels proposes flexible regulations throughout Europe and to normalise and secure Paternity Leave in all Member States, some of which do not even offer it.

In addition, the new proposal – which will still need to go through the (remaining) Twenty Eight and the European Parliament – also includes relief measures for those who have responsibility for dependents, another aspect that is not covered by European legislation. It sets out to recognise the right to ask for flexibility at work, especially relating to working hours, with the objective of helping citizens find a better work life balance, and to help reduce the burdens that Europeans shoulder on a day to day basis. It also seeks to create a more complete European Union, distancing itself from the bureaucratic and inhuman version disseminated by its detractors.

Eurocadres strongly supports this European Commission initiative and hopes that it is approved as it constitutes huge progress for female professionals and managers. If agreed, it will assist them to not feel obliged to take on family responsibilities and to leave their careers, and at the same time it represents an advance in terms of their rights for promotion in the work place – which should be based on merit and ability equal to men. 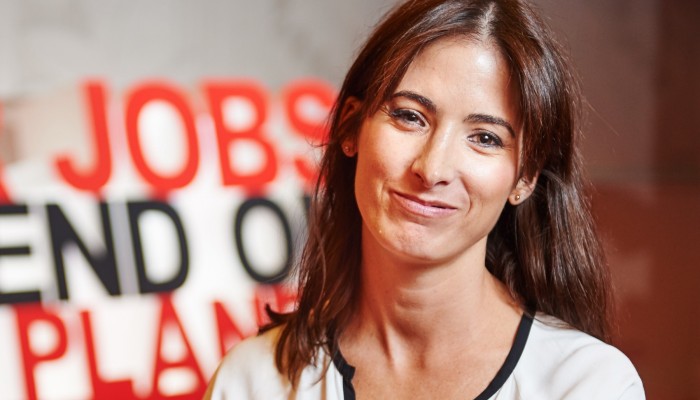