On 24 February 1993 in Luxemburg Eurocadres was created. The European social dialogue was just being launched through the Maastricht treaty, and trade unions organising professionals and managers wanted to ensure that there was a clear representation on the European level as well. 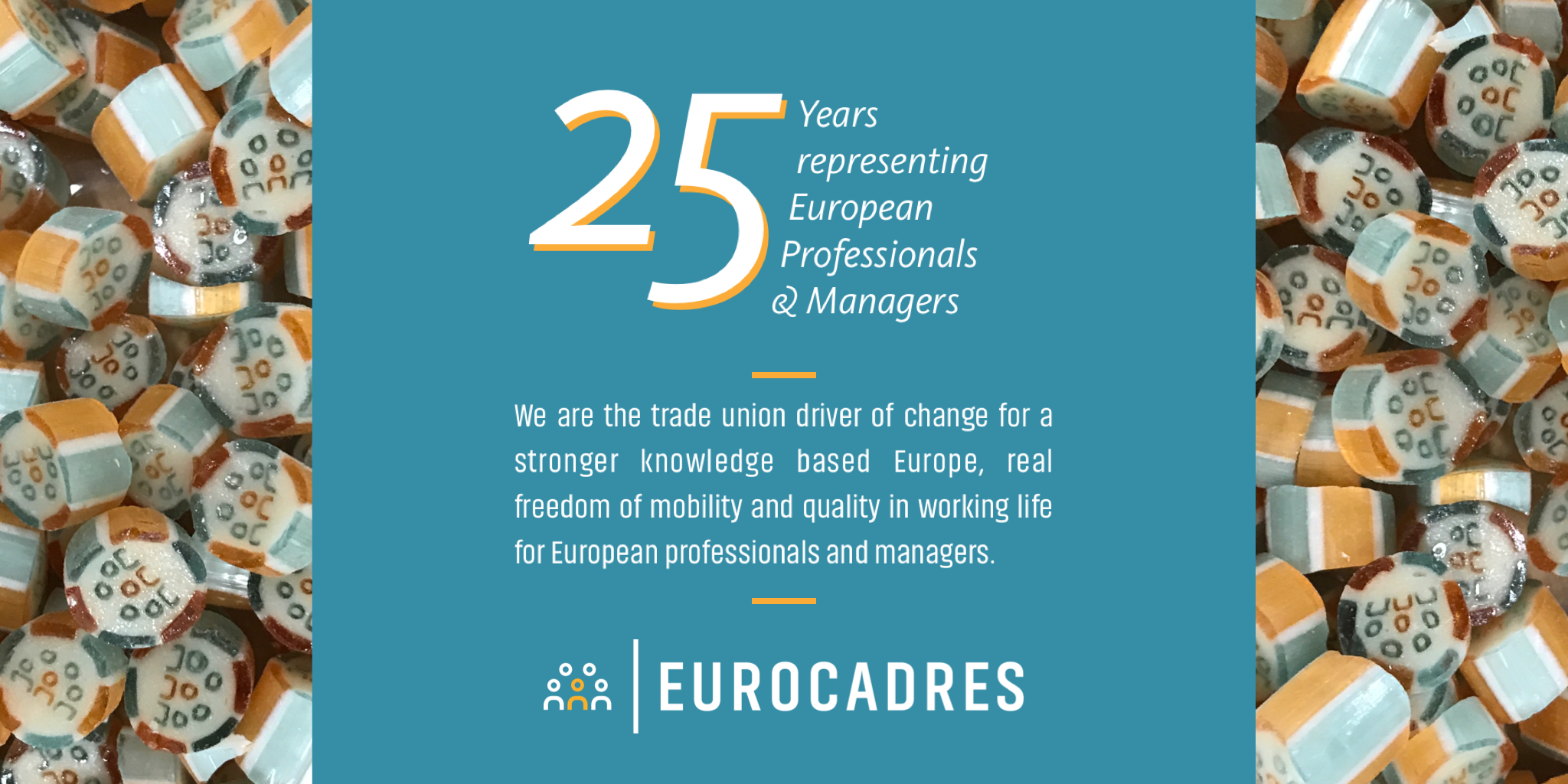 Several organisations were among those giving birth to Eurocadres. FIET’s (what today is UNI Global Union) group of professionals and managers and the Council of Nordic Professional Confederation were together with ETUC, European Trade Union Confederation, the main actors. (For a more detailed historical exposé, see the conversation between our two former Presidents Michel Rousselot and Carlo Parietti in our 20th anniversary publication on our history page.)

But does trade unionism for professionals and managers have a role to play in today’s European trade union movement? For Eurocadres the response is of course yes. The reasoning is not much different today than it was when Eurocadres was first created. We stand as a part of the European trade union family, defending our joint interests, and at the same time our role is to emphasize our particular interests which could otherwise risk not being dealt with at all by the European level trade union organisations.

We stand as a part of the European trade union family, defending our joint interests, and at the same time our role is to emphasize our particular interests which could otherwise risk not being dealt with at all by the European level trade union organisations.

Our current three top priority issues are good examples of why Eurocadres has a role to play.

Whistleblower protection is a clear interest of all workers. But it is managers and professionals that are most likely to encounter wrongdoings which need to be disclosed. It is our members that are the ones who must match Corporate Social Responsibility policies with Key Performance Indicators. When we take up the challenge to push for a European legislation it is good for all workers, but in particular for our members.

Up- and re-skilling is a growing need in today’s labour market. Digitalisation is pushing change at an ever faster pace and it is in our members’ interest to be well prepared. In moving to a low carbon economy we speak of just transition. Ensuring that the social implications of the changes are tackled in a way that promotes social cohesion and eases the negative effects on employment is equally important in digitalisation. Adapting work to allow for continuous career development and life-long learning and improving access to higher education also for those already established in the labour market must be cornerstones for any policy in these transitions.

Psychosocial health risks are a growing problem. Over half of all work days lost in the EU are due to work-related stress. This is not a problem only affecting professionals and managers, but we see in surveys that managers have a hard time dealing with the topic in their role as managers. We also know that managers express a greater concern over work-related stress than employees in general. Clarity in legislation, easy to use tools and best practices are important components of a strategy to improve the psychosocial health situation in the EU, which would benefit all workers.

When professionals and mangers grow as part of the labour market, the same must happen in trade unions. We must improve on organising professionals and managers, that will help improving trade union density. This is not only a task for Eurocadres and our member organisations, but we are key in the work, also in finding the best ways to do this.

On this day I would like to express a big thank you, to all who have dedicated a lot of time and effort working for Eurocadres, to those who helped pave the way in our founding and those who have expressed support through the years. Many more hours of work are to come.

And of course… Happy Birthday to us.